Finding Fulfillment, Being the Boss: Joel from Mission Juice

NextBest Beauty Bloggers, Makeup Youtubers and Influencers in the US
FeaturedFood & BeverageMerchant Stories

Finding Fulfillment, Being the Boss: Joel from Mission Juice

Merchant Stories: Real entrepreneur stories from real people and why they started their small business. Successes, failures and struggles from the small business owners.
We’ll let the story do the telling. Here’s Joel from Mission Juice, and his tale of setting up a food business in Singapore.

Decked in snazzy suits and leather shoes with two sleek smartphones in hand, thanks to his cushy corporate job, Joel Lee looked like he was set for life seven years ago.

Yet, he felt the opposite.

“To be honest, I just didn’t want to work for someone else,” he confesses, unhappy with his life as a corporate drone. He knew this wasn’t the life he was meant to lead.

There was no epiphany, no grand scheme to make millions or change the world. All he wanted was to be his own boss and start his own business, no matter what it was.

“It could’ve been any business,” he tells me, matter-of-factly. “At that time, I just wanted to start and grow something out of nothing.”

Without a solid “Big Idea”, his choice to sell juices was more practical than anything. To Joel, anyone could sell juices; the demand was perennial and not seasonal; and it wasn’t a fleeting fad like churros.

A practical, sustainable business was important to Joel. He had made up his mind: There was no way he was going back to his old job if it failed. It had to work.

While putting in the hours at work, he worked on registering his new business and scouting for locations, but soon realised that he couldn’t do both.

“A lot of people say that you can start a business while balancing a full-time job, but I’ve not heard a lot of success stories for such businesses. Something’s got to give.”

Walking away from his stable, sizable income in 2013, Joel finally bit the bullet and took the plunge, sinking $150,000 of his savings from his former job into launching Mission Juice: a cold-pressed juice bar. Every penny came straight from his bank account.

“I don’t come from a rich family. Everything here is self-funded, without the help of bank loans,” said the young entrepreneur. The Mission Juice storefront, after a remodel. Via @MissionJuice

As relieved and exuberant as he felt the day he unveiled his juice bar, it was only the beginning. The hardest hurdles were yet to come.

“And if it’s your own business, you will work your ass off to make sure you don’t lose the $50,000. If you put your two feet into this, you have to fight to make it work.”

Unable to afford additional staff, Joel was the first and often only employee. Working every shift, dawn to dusk from Monday to Saturday, Joel fought to keep his F&B business afloat.

Even on Sundays, he had no time to rest, sacrificing his personal life to prepare for special orders and events. One of them saw him working until 3am for two days straight to serve thousands of juice bottles for a client event. Surviving on just two hours of sleep each day, he struggled to keep himself awake during the day. 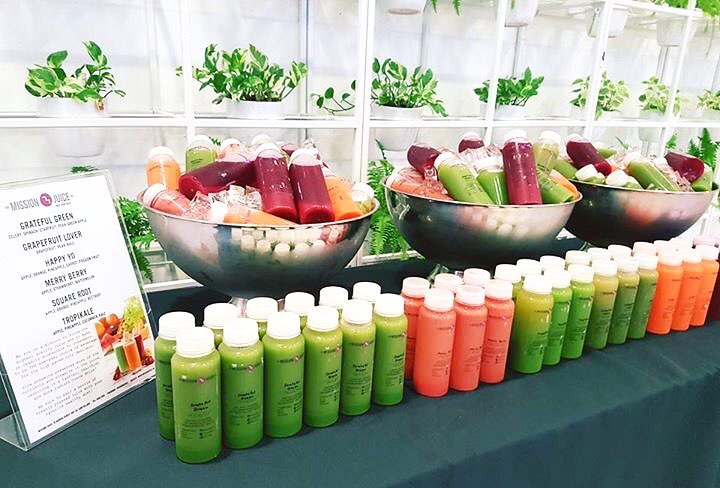 Mission Juice at an event. Every bottle needed to be fresh-pressed and prepared a day earlier. Via @MissionJuice

Besides cutting back on the fancy clothes and creature comforts, he had to go unpaid at times as well. Holidays became nonexistent.

It was the price for being in charge of his life.

Gradually, things started looking up. After all the hard work, Mission Juice finally broke even in its first year. The humble juice bar in Singapore started gaining more traction as bigger brands like Disney and L’Occitane approached Joel for private events.

Everything came to a peak with the juice cleanse craze, a wild period where it felt like the phone was ringing off the hook every few minutes with a new order. It seemed like Mission Juice had a massive profit potential, with strong demand even without juice marketing.

Yet, just as the business was blossoming, Joel got complacent and paid for it with a loss.

Eager to expand the brand and branch out into salads, Joel rode on the popularity of juice cleanses and opened a second outlet—a hasty decision he made four years ago that cost him $200,000.

“[The success] got to me, and I rushed into opening a second outlet without considering the alternatives,” he recalls. “I got a bit too adventurous. I wanted to try something different.”

It closed after only a year and a half.

In hindsight, Joel admits he knew nothing about cooking. Salads turned out to be harder to master than juices. Not to mention, he had utterly gone against his own principle of practicality by chasing the juice cleanse fad in Singapore.

In spite of his missteps, Joel never once entertained the thought of giving up.

“I’m very driven to deliver good products to my customers, to make sure the business survives, so that I can continue what I started.”

Humbled by his mistakes, he now counts staying open and being able to serve his customers well as measures of success.

“I don’t know what you consider successful. Is staying open considered successful? To me, it is.”

“I’ll always remember this incident with a lady about four years ago. She was quite irate.” It all started with a forgotten pre-order that left Joel scrambling to prepare it, and the waiting customer, seething under the surface.

Leaving a scathing one-star review on Mission Juice’s Facebook page, the customer didn’t just detail the long wait. She decried the unsanitary practice of employees keeping their gloves on while handling money—all a misunderstanding, blown out of proportion.

“We use latex gloves to protect our hands when we wash up, and plastic gloves when we handle food. In that case, the employee was using latex gloves – but some customers don’t know we have two kinds of gloves,” explains Joel, who has since tweaked his processes to avoid further drama.

Also read: Everyone makes mistakes. Learn how you can win back customers’ trust after a mistake.

So what’s so special about Mission Juice?

“Nothing. That’s the honest answer,” he declares.

“Anyone can open a juice bar. The only difference is myself because they can’t copy me.”

No longer a sullen corporate stooge, Joel now lives a fulfilled life, going to work each day with a smile on his face. And it goes beyond the freedom of being his own boss. It’s the joy of meeting and talking to people from all walks of life, “something that money can’t buy”.

Business owners don’t often man the front lines, but for Joel, it’s the highlight of his life.

“A customer from the condominium upstairs once invited me to a barbecue [with his friends]. [Another] shared personal stories about feeding elephants in Thailand.”

When he finally found the time for a social life again, he bumped into another customer at the F1 concert. “Of the hundreds and thousands of people there, I managed to run into that customer who recognised me!” laughs the founder, who is on a first-name basis with most of his patrons. Joel greeting customers with a smile, no matter what. Mission Juice FB

Thanks to Joel’s relentless work ethic and the incredible word-of-mouth garnered from his close customer relationships, Mission Juice is growing from strength to strength.  available on delivery apps and for corporate events catering.

Every month Mission Juice serves about 100 walk-in customers and caters to 10 events and 8 corporate clients on average. From just six juices, the brand has grown to develop more than 100 different concoctions, and added frozen yogurt and milkshakes as well. The brick-and-mortar store in Singapore now even has an online store, and the fresh juices draw big crowds and fans.

Joel still dedicates a large part of his day working, but he’s no longer alone. His team has ballooned to 14 part-timers and a full-time employee.

Mission Juice has plans to expand locally, as well as open up new markets like Cambodia — but this time, with proper research, scouting and a thought-out strategy. His story of entrepreneurship will continue on.

“There are no limits. You’ll never know what to expect. Each day brings a new challenge.”

Going faster and further is how Joel likes it. He might have given up a cushy office and a comfortable life. He might have surrendered a covetable closet of snazzy suits and leather shoes. He might have gone down to having just one smartphone. But now at least, he has a mission. “There are no limits.” Joel Lee. Via Mission Juice Facebook.